I had a pretty relaxing weekend spent glued to my Kindle. After finishing Queen of Shadows on Thursday (review still in the works because I have a LOT of thoughts), I really needed something light & fluffy to read while I recovered. Luckily, I have an arsenal of book lovers at my command (or at least I like to think I do), and they never disappoint me with their recommendations. This time, it was The Duet and its sequel, The Design, both by R.S. Grey, recommended by my lovely Heather (anarrayofbooks). Both books can be borrowed through the Kindle Lending Library, or are available to read for free with a Kindle Unlimited membership! 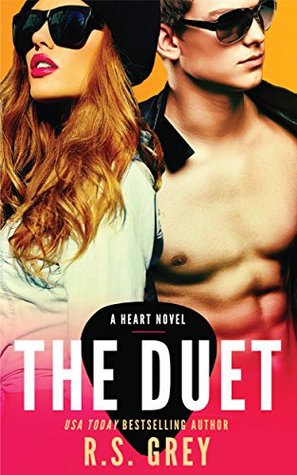 When 27-year-old pop sensation Brooklyn Heart steps in front of a microphone, her love songs enchant audiences worldwide. But when it comes to her own love life, the only spell she’s under is a dry one.

So when her label slots her for a Grammy performance with the sexy and soulful Jason Monroe, she can’t help but entertain certain fantasies… those in which her G-string gets more play than her guitars’.

Only one problem. Jason is a lyrical lone wolf that isn’t happy about sharing the stage—nor his ranch — with the sassy singer. But while it may seem like a song entitled ‘Jason Monroe Is an Arrogant Ho’ basically writes itself, their label and their millions of fans are expecting recording gold…

I went into this book without actually reading the synopsis. It took me a couple chapters to figure out exactly what Brooklyn was famous for, and I’ll be honest – I wasn’t thrilled with the overall premise of this book at first. I made fun of it with my husband once I got to the part where they explained that Brooklyn and Jason would be forced to team up…oh, and that she would be traveling to stay with him at his cabin in Montana until the duet was finished. I mean, really? REALLY? It seemed cheesy and forced, but I knew I would be able to find some redeeming qualities in it – and I wasn’t wrong.

The characters in this book are vibrant. I swear they are real people, and they are so much fun to read about. Sure, I was rolling my eyes on a regular basis at the tropes and the cliches, but deep down I was really enjoying the ride. I flew through this book in a day an a half and reached for the follow-up book almost immediately… 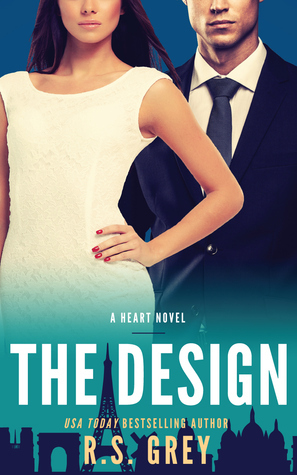 Five minutes until the interview begins.

Fresh on the heels of her college graduation, Cameron Heart has landed an interview at a prestigious architecture firm.

Four minutes until the interview.

She knows she’s only there because the owner, Grayson Cole, is her older sister’s friend.

For the last seven years, Grayson has been the most intimidating man Cammie has ever had the pleasure, or displeasure, of being around.

But the job opportunity is too good to pass up. So, Cammie will have to ignore the fact that Grayson is handsome enough to have his own national holiday.

“I’m not intimidated by you,” I said with a confident smile.
“Perhaps we should fix that, Ms. Heart. Close the door.”

Technically speaking, The Design was in pretty rough shape. I found some heavy duty continuity errors that were just glaring me in the face and begging me to put down the book, but I also really wanted to follow through with the series, so I kept truckin.

The formula for both books is the same, but the main character in The Design is Brooklyn’s little sister, Cammie. I liked the change of perspective, and I loved reading from Cammie’s POV considering she was my favorite character in The Duet. Both sisters have a clear voice, regardless of how similar they are. Brooklyn is the more mature/ responsible one, while Cammie is clearly the younger of the two, and still working on that whole “maturity” thing.

There’s really not a lot to analyze with these books; they’re the definition of fluff. But they are enjoyable and quick reads (with moderate levels of steaminess), so I would certainly recommend them to anyone who’s looking for a surface-level read to pass the time or to recover from something a little heavier.

I’m not sure where these books fall in the Author’s list of works, but I definitely feel as though they were written by someone who could use a little more experience with drafting & outlining details. The pace changes had a tendency to be jarring, leaving me confused as to how much time had lapsed between pages, as well as the continuity errors I mentioned before, which would be easily negated by an outline or more detailed character notes. They really just need to spend a little time with an editor, which I realize is not always an option for independent authors.

I really did enjoy both of these books. I felt attached to the characters and had to keep turning pages to see what would happen next. I was satisfied by the conclusions, and will recommend these books to anyone who is looking for a light-hearted romance.

One thought on “[Book Review] The Duet + The Design by R.S. Grey”