I LOVE this week’s 5FF. Moms are everything. I’d be completely and utterly lost without mine, so I’m excited to start Mother’s Day Weekend by talking about some of my favorite FICTIONAL mothers! 1. Lorelai Gilmore. Duh. Obviously. Was there any question? Lorelai is almost the exact kind of mother I want to be (if we could just subtract the majority of the unhealthy co-dependence). The relationship she has with Rory is something I think most girls who grew up watching GG were incredibly envious of. An honest relationship where a mother & daughter confide in one another is all I’ve ever wanted for me  & kiddo. Hopefully I’m well on my way.+ 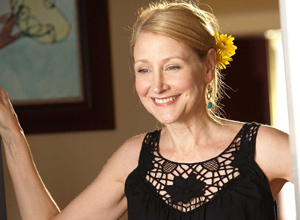 2. Rosemary Penderghast. Ok, this might seem like an odd choice, but EVERY time I watch Easy A, I am giddy over the relationship between Olive & her mother. I love the snarky banter & the sarcasm, but there’s obviously an abundance of unconditional love. Allowing a child to flourish & make their own mistakes, while still being there to catch them if they fall – that’s the ultimate goal. 3. Molly Weasley. How about this for a change of pace? Molly Weasley is the ULTIMATE mama-bear mother. She is fiercely protective of her children, offers unconditional love, and even acts as a mother to her children’s friends. You know that every single bone in her body is filled with maternal instinct. I think this badass mama is popping up on everyone’s list today – and she deserves to! 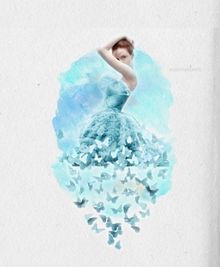 4. [Mini-Spoiler?] America Singer. Just finished The Heir, and obviously can’t stop talking about it. I mean my Fangirl mode is set to 11/10 right now. America turned out to be THE BEST MOM. She was always so devoted to her family that I knew she would be, but damn. It’s super good. And that’s all I have to say about that. Which leads me to…

5. Mrs. Gump. I love Forrest Gump. It’s an absolutely timeless movie. And Mrs. Gump is just the sweetest little southern mother. She would (and kind of does) do anything for her son.  Never concerning herself over his “disabilities”, but encouraging him to do whatever he wants. Good mama status.

Who are your favorite fictional moms? Leave me a comment or tell me on twitter with the tag #Fandom5!

Thanks to The Nerdy Girlie & Super Space Chick for starting 5 Fandom Fridays! I love connecting with everyone at the end of the week!